Home Gadgets Huawei Mate 20X Review : Powerful and with an excellent set of...

Powerful and with an excellent set of cameras, but a tough sell thanks to its ludicrous size.

I’m a fan of big phones; I owned a Samsung Galaxy Note 2 when all my friends were adamant no handset should ever have a screen larger than 4.5in.

So when the opportunity to review the 7.2in Huawei Mate 20 X appeared, there was no way I was turning it down.

To put that size into perspective, it’s about the same as a Nintendo Switch, minus Joy-Cons. Or think of it as a super-sized version of the 6.39in Mate 20 Pro and they have much in common.

The same processor, the same camera and the same style.

For the Mate 20 X is a handsome handset. Available in only one colour – Midnight Blue – the glass back glitters in the light, while also repelling fingerprints.

I have big hands, but when using it one-handed I can only just swipe-type, while my thumb only reaches three-quarters of the way up the phone.

The upshot is you’re going to need both hands to use the Mate 20 X, which makes unlocking it tricky, as the fingerprint scanner is located high up on the rear.

Other than this, it’s better designed than the Mate 20 Pro in some respects.

It’s almost bezel free, and the large screen makes what bezels there are seem even thinner than usual.

And while the Mate 20 Pro has a 3cm rectangular notch along the top, the Mate 20 X adopts the teardrop style, just wide enough to hold the front-facing camera.

The downside is that the Mate 20 X is merely IP53-rated, which means it’s splash resistant.

On the off chance this oversized phone would fit in your bath, it’s best not to take it in with you.

There’s no wireless charging, either. While the Mate 20 series does support expandable storage, it doesn’t use microSD cards but Huawei’s own nano memory.

This is both harder to come by and more expensive – although if you can’t find one, you can put in a second SIM instead.

In theory, the Mate 20 X’s stylus is an optional accessory, but most shops are selling the 20 X with one thrown in free of charge.

What can you say about the Mate 20 X’s AMOLED screen, other than that it’s huge?

The first thing to note is that, despite its size, the resolution is only 1080p.

That’s a surprise given the sheer size of the display. But for most tasks, the resulting 346ppi is plenty.

Text is crisp, and everything looks vibrant with plenty of punch. 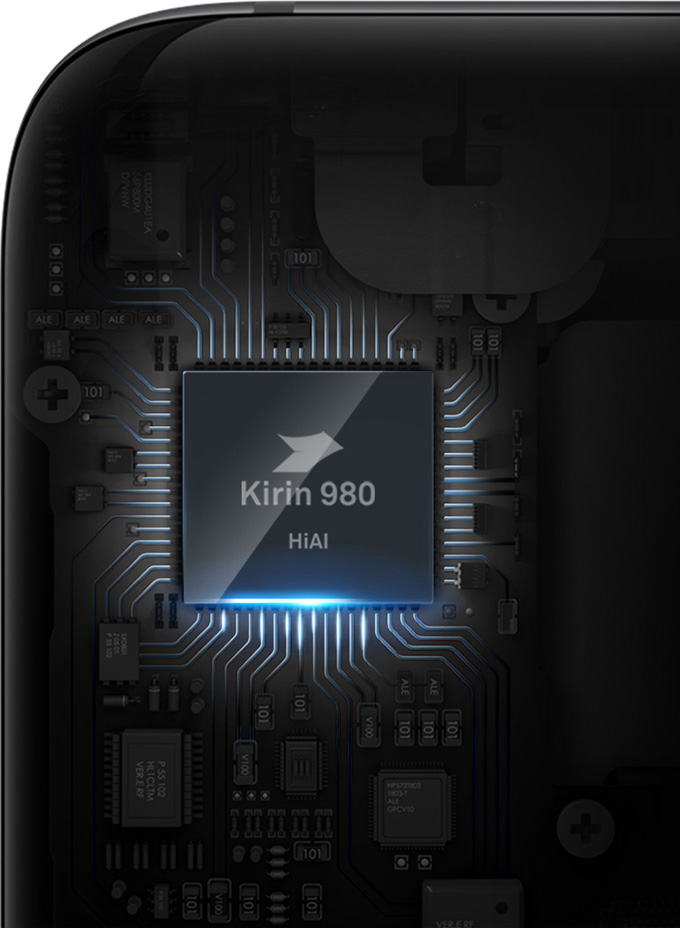 The Mate 20 X has exactly the same internals as the more expensive Mate 20 Pro: a 2.6GHz octa-core, 7nm Kirin 980 processor backed up by 6GB of RAM.

Only Apple’s latest iPhones can beat it for speed, and even the toughest games run fluidly at native resolution.

And the Mate 20 X has a final trump card: battery capacity.

With a whopping 5,000mAh battery and efficient 1080p screen, this is a phone that runs and runs.

It lasted for a staggering 21hrs 5mins in our video rundown test, which is almost six hours more than the Mate 20 Pro and two hours longer than the Galaxy Note 9.

In my time with the handset, I didn’t come close to draining it with day to day use.

Normally I would wax lyrical about the camera, but this is precisely the same triple-lens array found on the Mate 20 Pro.

In short, it’s excellent, although you might want to turn off Huawei’s overbearing AI assistant, which tends to oversaturate images no matter how accurately it detects what it’s looking at.

I’d also choose the phone’s 40-megapixel mode rather than the default 10-megapixel setting.

Its one weak spot is that, while it can shoot 4K video, you’re stuck with 30fps.

It inherits the best bits of the Mate 20 Pro – the camera and power – while improving on already stonking battery life.

But this isn’t a phone to rush out and buy. You need to hold it in your hands, which is why we’ve put John Lewis as the supplier.

I thought I was a big phone fan, but Huawei’s latest has proved to me that there are limits to how big a phone should be.

Reluctantly, the Mate 20 X has stretched my patience.