Home Gadgets Asus ROG Strix GL 12CX : whether or not to buy

Very noisy when pushed, but if you’re after raw power, the Core i9-9900X-powered Strix has it in spades.

How much power do you need? And what are you willing to sacrifice to get it?

Those are the two key questions you need to ask when deciding whether or not to buy the astonishingly quick Asus ROG Strix GL12CX – although the £3,000 asking price may well make such matters academic.

Putting aside the cost for a moment, let’s take a moment to understand what it offers. This is the first PC we’ve seen with a Core i9-9900X inside, and kudos to Asus for sending it in so quickly after the processor’s launch – and pre over clocking it to 4.8GHz too.

The only upgrade you might have hoped for is a 2080 Ti card instead of a 2080, but I suspect that even Asus is having problems sourcing 2080 Ti silicon right now.

Besides, this combination didn’t exactly prove sluggish in our tests. We used to think Metro: Last Light was a demanding benchmark, but the Strix skipped through at 4K with an average frame rate of 63.3fps.

That rose to 130fps at 1440p, but you’re wasting your cash if you restrict this PC to anything less than 4K gaming.

It also crossed the magic 60fps mark in Rise of the Tomb Raider at maximum quality settings at 4K, while it swallowed the lesser challenge of Dirt: Showdown whole with a 116fps average. Just for kicks, I also ran Metro: Last Light at 1080p.

The Strix rewarded me with a 200fps average. It should be no surprise that it blasted through our media creation benchmarks as well.

A score of 351 is frankly ridiculous, and notably its biggest gain compared to normal systems was in our multitasking test.

This asks each PC to simultaneously bulk-edit photos, transcode 4K video and play a full-screen 4K film, which is normally enough to draw a silicon tear from the most stalwart of processors.

The eight cores and 16 threads of the i9-9900K proved more than a match, and no doubt if Asus had supplied 32GB of RAM rather than 16GB, it would have produced an even more astounding score. 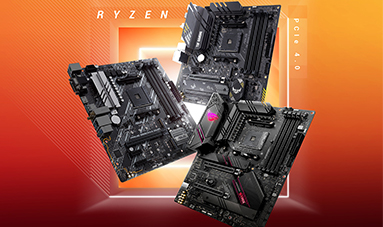 I’m much less fond of the noise the Strix makes to achieve this.

You might imagine that with water-cooling in place and some hefty fans in a custom-designed case, complete with an air vent at the top, that it would be able to power along without sounding like a Hoover. Sadly, that’s not the case.

You’ll need to wear noise cancelling headphones if playing stealth games. That’s a shame, because everything else about the Strix’s design is worthy of praise.

It’s compact but also reassuringly heavy: you feel like you’ve bought a high-quality system whenever you touch it. Oddly, it comes with both a metal side panel and a plastic viewing panel, so you can choose which you want to install.

It would have made more sense to include a tempered glass panel: if you’ve invested this much in a machine, you surely want to gaze lovingly at its insides on occasion.

Not that Asus goes overboard with the lighting. The twin 8GB Samsung DIMMs are dull, lightless affairs, with the only light source inside the case coming from the graphics card’s strip lights and LEDs on the Optane memory card: this scored devastating sequential read/write speeds of1,497/2,673MB/ sec in AS SSD.

There’s little room for expansion, either: no spare DIMM sockets, no empty M.2 slot, and a solitary PCIe x1 slot. And good luck squeezing your hands inside to add a card, as space is so tight even sardines would raise an eyebrow.

Thankfully, Wi-Fi and Bluetooth are already provided via the motherboard.

Things get more interesting at the ports and an SD card slot accompany a combo 3.5mm jack on a header panel at the top, and if you remove the magnetic cover you’ll find a DVD writer and hot-swappable caddy for a 2.5in SSD.

There’s even a splash of colour, with two programmable LED strips and a backlit ROG logo. The big question is whether all this is worth £3,000.

For the vast majority of people, the answer is no – and it misses out on an Recommended award due to its sheer noise levels when playing games.

If, on the other hand, you don’t care about such things, you have money to burn, and you will truly take advantage of this incredible system’s power then go ahead and buy. Just remember to pick a nice pair of wireless headphones while you’re at it.